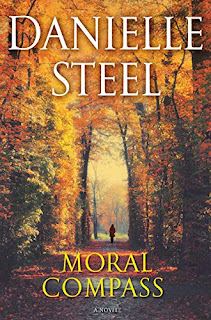 At an elite private school in Massachusetts, a wide circle of lives will be forever changed by a devastating series of events in Danielle Steel’s riveting new novel.

Saint Ambrose Prep is a place where the wealthy send their children for the best possible education, with teachers and administrators from the Ivy League, and graduates who become future lawyers, politicians, filmmakers, and CEOs. Traditionally a boys-only school, Saint Ambrose has just enrolled one hundred and forty female students for the first time. Even though most of the kids on the campus have all the privilege in the world, some are struggling, wounded by their parents’ bitter divorces, dealing with insecurity and loneliness. In such a heightened environment, even the smallest spark can become a raging fire.

One day after the school’s annual Halloween event, a student lies in the hospital, her system poisoned by dangerous levels of alcohol. Everyone in this sheltered community—parents, teachers, students, police, and the media—are left trying to figure out what actually happened. Only the handful of students who were there when she was attacked truly know the answers and they have vowed to keep one another’s secrets. As details from the evening emerge, powerful families are forced to hire attorneys and less powerful families watch helplessly. Parents’ marriages are jeopardized, and students’ futures are impacted. No one at Saint Ambrose can escape the fallout of a life-altering event.

In this compelling novel, Danielle Steel illuminates the dark side of one drunken night, with its tragic consequences, from every possible point of view. As the drama unfolds, the characters will reach a crossroads where they must choose between truth and lies, between what is easy and what is right, and find the moral compass they will need for the rest of their lives.


It was the day after Labor Day, one of those perfect, golden September mornings in Massachusetts, as the students of Saint Ambrose Preparatory School began to arrive.

Saint Ambrose Prep is the place where the wealthy and elite send their children for a top-notch education. Traditionally an all-boys school, they’ve recently admitted in females which is a point of contention among much of the faculty. When one of the female students is sexually assaulted while inebriated, it becomes a social and legal issue that will divide friends and family before the truth is revealed.

Ms. Steel delves into a topic that has been all to common place in the media as of late. A topic that leaves many people divided and often leaves the victim in a place of blame and the very subject itself one of moral ambiguity. While I felt that what the character went through in relationship to an actual demoralizing and traumatic sexual assault was a bit diminished, I do understand that for the purpose of this book and its readers, it was necessary to minimize the details. With that being said, the characters were interesting and well-developed and the story flowed well.

Moral Compass is a chronicle for the times and brings awareness to the issue of underage drinking and sexual assault and will hopefully help eliminate the stigma and traumatic impact of sexual violence and assault regardless of whether the victim was drinking or not.

A big thank you to NetGalley and Random House Publishing Group – Ballantine for allowing me to read and review this title.

View all my reviews
Posted by Kristi The Book Faery at Thursday, October 17, 2019