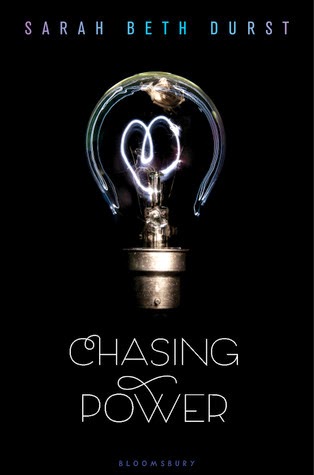 Sixteen-year-old Kayla plans to spend her summer hanging out on the beach in Santa Barbara and stealing whatever she wants, whenever she wants it. Born with the ability to move things with her mind — things like credit cards, diamond rings, and buttons on cash registers — she has become a master shoplifter. She steals to build up a safety net, enough money for her and her mom to be able to flee if her dad finds them again. Well, that, and the thrill of using her secret talents.

But her summer plans change when she's caught stealing by a boy named Daniel — a boy who needs her help and is willing to blackmail her to get it. Daniel has a talent of his own. He can teleport, appearing anywhere in the world in an instant, but he lies as easily as he travels. Together, they embark on a quest to find and steal an ancient incantation, written on three indestructible stones and hidden millennia ago, all to rescue Daniel's kidnapped mother. But Kayla has no idea that this rescue mission will lead back to her own family — and to betrayals that she may not be able to forgive... or survive (From Goodreads)


Chasing Power is written by Sarah Beth Durst and is published by Bloomsbury USA . It is 368 pages and will be available for purchase on October 14, 2014.
THE FAERYS VIEW


I enjoyed Chasing Power by Sarah Beth Durst immensely! The main story is centered on Kayla, a 16 year old who is telekinetic and Daniel who can teleport. The story isn’t just about ‘mind’ power but has an amazing storyline that rivals any adventure series or movie, although, there’s plenty of magic and a sweet romance to be had, too. There’s a convoluted plot with surprise twists that kept this novel fresh and interesting.

There is a quest to rescue Daniels mother who has been kidnapped and he enlists Kayla’s help in a less then ethical way and being the good and kind thief that she is, she agrees to help him. What neither of them expects is the can of worms it opens when they start searching the world for an ancient incantation, written on three indestructible stones and hidden millennia ago.

The characters are remarkable, seriously! I loved the way that they interacted with each other and also how quickly I grew to like them. They are funny! Not to say that this is a funny book, quite the contrary but there is definitely a humorous rapport between the characters at times that had me laughing out loud! I love when I’m reading a dialogue between characters in a book and I just burst out laughing, that’s when you know that an author has really crafted their characters well. The secondary characters are just as entertaining and play just as big a role as the main characters, Kayla’s best friend Selena could have her own book! Queen Marguerite, the Voodoo Queen, and Kayla’s mother, Moonbeam, are quite the characters, as well. I am so hoping to see them all again … possibly in a follow-up novel?

I know I mentioned humor but keep in mind, Kayla is a telekinetic thief for a reason and there are some real issues at hand in the novel. There are some highly dysfunctional family matters, some deep betrayals and more than one person is lying!

I have and will continue to recommend this book to everyone I know!