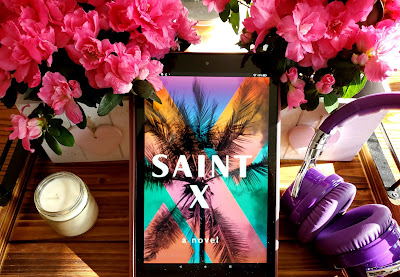 Claire is only seven years old when her college-age sister, Alison, disappears on the last night of their family vacation at a resort on the Caribbean island of Saint X. Several days later, Alison’s body is found in a remote spot on a nearby cay, and two local men – employees at the resort - are arrested. But the evidence is slim, the timeline against it, and the men are soon released. The story turns into national tabloid news, a lurid mystery that will go unsolved. For Claire and her parents, there is only the return home to broken lives.Years later, Claire is living and working in New York City when a brief but fateful encounter brings her together with Clive Richardson, one of the men originally suspected of murdering her sister. It is a moment that sets Claire on an obsessive pursuit of the truth - not only to find out what happened the night of Alison’s death but also to answer the elusive question: Who exactly was her sister? At seven, Claire had been barely old enough to know her: a beautiful, changeable, provocative girl of eighteen at a turbulent moment of identity formation.

As Claire doggedly shadows Clive, hoping to gain his trust, waiting for the slip that will reveal the truth, an unlikely attachment develops between them, two people whose lives were forever marked by the same tragedy.

I just finished listening to Saint X and I have such mixed emotions right now. When I first saw the book and all the buzz around it, my mind immediately went to the Natalee Holloway case. Although there’s only one comparison that can be made and that is that both girls go missing while on a tropical vacation. Sadly, Natalee Holloway remains missing.

The story-line of Saint X is slowly revealed in the most part by the main character, Claire, a child of seven when her 18-year-old sister Alison disappears on the fictional Caribbean island of Saint X. Alison is soon found deceased with no forensic evidence and a fairly sketchy cause of death. The last two men she’s seen with are residents of the island and employees of the resort that Alison and Claire are staying at.

As a young adult, Claire – who now goes by her middle name, Emily, happens upon Clive Richardson – one of the accused and known as Gogo by his friends - driving a cab in NYC and soon becomes obsessed with him, she begins to follow him and haunts his steps searching for answers to what happened the night her sister died. There are parts we hear from Gogo, about his childhood on the island and what brought him to NYC. The effect that Alison’s death had on both him and Edwin, the other man last seen with Alison, and the island as a whole.

A big part of Saint X is exploring the depths that grief can take a person; a parent, a sister, a friend or someone accused of a crime – guilty or not. Lives are changed irrevocably by one tragic moment in time. Although time passes, Alison’s ghost is always there, often idolized and anglicized by her parents often tormenting Claire with the possibilities of what might have been. Mostly viewed by Claire’s perspective; it is with an unreliable and often skewed observation that we see the events unfold so it’s up to the reader to decipher what seven-year-old to 30-something Claire is telling us and this works for the story.

This is a powerful story that takes it’s time in the telling but it’s one that I really enjoyed. A big thank you to MacMillan Audio for providing me with an ALC in exchange for my honest review.


View all my reviews

Posted by Kristi The Book Faery at Monday, February 17, 2020