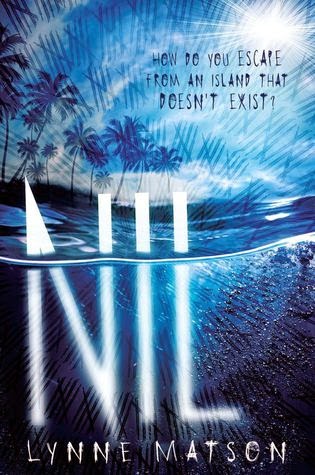 On the mysterious island of Nil, the rules are set. You have one year. Exactly 365 days--to escape, or you die.

Seventeen-year-old Charley doesn’t know the rules. She doesn’t even know where she is. The last thing she remembers is blacking out, and when she wakes up, she’s lying naked in an empty rock field.

Lost and alone, Charley finds no sign of other people until she meets Thad, the gorgeous leader of a clan of teenage refugees. Soon Charley learns that leaving the island is harder than she thought . . . and so is falling in love. With Thad’s time running out, Charley realizes that to save their future, Charley must first save him. And on an island rife with dangers, their greatest threat is time. From Goodreads


THE FAERYS VIEW
Nil by Lynne Matson is one of my favorite novels of 2014. It’s told in alternating POV by the main protagonist’s, Charley and Thad. Both strong characters and, incidentally, love interests. Charley finds herself transported to Nil, an island that has its own set of rules and quite the evil personality.
It starts out when Charley blacks out in the Target parking lot and wakes up on a strange Island with no idea how she got there and no real survival skills. Good thing she has basic common sense to keep her going until she meets up with Thad. Thad’s been surviving on the Island for a while now and he quickly takes her back to the makeshift city that he and the rest of the Islanders have formed.  Charley fits in well with Nils’s human residents, especially Thad, who is the current leader of the group.
What Charley soon finds out is that every islander’s time is limited, 365 days on the island or else … there are two options to get off the island. You’ll have to read Nil to find out more. I recommend that you do!
I loved the dynamic of the residents of the island, each offering unique skills to the survival and wellbeing of others. There is an eeriness to the island, giving it an evil personality that is incredibly creepy and pervasive. It is a character within itself and offers some of the most dangerous and suspenseful moments in the book.
Ms. Matson developed characters that I fell in love with, worried about and now wonder what happened to after I finished the book! This begs for a sequel! I need more! I’m also so curious about Nil! What is up with this evil island? At times it seemed so docile and then, wham! It would strike without warning. What is Nil and why does it choose the people it does and only give them one year on the island?
Nil was an incredible book and I did get closure on some of my favorite characters but I feel like I need more which brings me to the fantastic news that Lynne Matson is writing a sequel, Nil Unlocked! 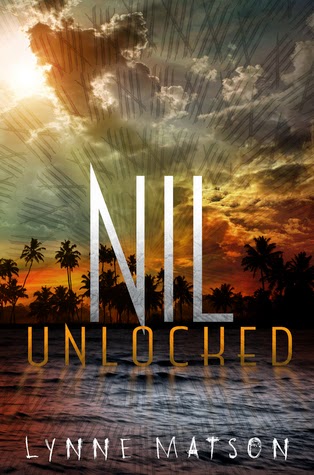 On the island of Nil, the rules are set. You have exactly 365 days to escape—or you die. Rives is now the undisputed Leader of Nil City, but keeping the City united is tougher than ever.

Raiders have grown bolder, supplies are dwindling, and non-human inhabitants have taken a turn toward the deadly. New arrivals cause rifts within the City, putting the Search system at risk, and calling everything Rives knows into question. Desperate for answers, he teams up with the only other person searching for them: Skye, a new arrival with a mysterious past of her own. Soon the duo find themselves locked in a desperate race to save all the residents of Nil—and possibly destroy the island forever. But at what cost? And who will pay the price? (From Goodreads)

Posted by Kristi The Book Faery at Monday, September 22, 2014