KISS ME, I'M IRISH! Read Along! 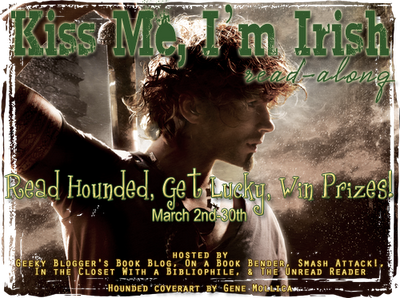 Kiss Me, I'm Irish is a read-along of HOUNDED by Kevin Hearne, and hosted by Felicia of Geeky Blogger's Book Blog, Amanda of On a Book Bender, Ash of Smash Attack Reads!, Jen of In The Closest with a Bibliophile and The Unread Reader!

Join up for the HOUNDED book discussions at anytime. Follow THIS LINK for more details and to sign up. Anyone who participates will have a chance to win some real cool prizes!

1) Kevin Hearne had the most perfect beginning for this book: "There are many perks to living for twenty-one centuries, and formost among them is bearing witness to the rare birth of genius." If you were to live for centuries what do you think you would be excited to see?

I'd love to see Rome in all of its glory and I'd really like to find out if they really did do their laundry using urine! Music and Art through out the centuries would be amazing to see, too.

2)In the 2nd chapter we learn about the amulet and its protection powers! Do you think having met the Morrigan and heard about Aenghus Og that it will be enough to protect Atticus? I mean the Morrigan has a point about hot chicks coming after him and his defenses might be down! He is very male!


I think that Atticus is one smart cookie, he's got 700 years into developing his amulet and it's powerful enough that the Morrigan wants to learn the magic that Atticus developed himself to create it. As fare as the hot chicks go, if they're mortal I think Atticus will do just fine but a succubus could have the power to harm him.

﻿3) The literary world's coolest dog is introduced in this chapter! Did you love Oberon immediately? Show me a picture or describe the type of animal you would love to have as a talking companion! (Cat, Dog, Mouse, Sloth, Horse---what is your pick--pictures please)?


I have the most wonderful dog who thinks he's a human. His name is Bear but he answers to Bubbalouie, Boobala, Punkiedoodle and Mama's Baby. He's extremely protective of me, he'll be 3 yo this month and when we got him I was in a hospital bed and needless to say, he spent every minute with me. He slept with me, we had "Kissy Time", I held him like a baby until he got to big, LOL. The thing is, he understands everything we say to him. He is also incredibly in tune to my disease. When I'm in a lot of pain or sick from a treatment, he lays next to me and makes sure nobody touches me, including himself. He'll nuzzle my neck and rub his nose on my cheek because he knows better then to lick. He loves Dr. Phil and Supernatural. Bear's the coolest, most loving intelligent soul I know! 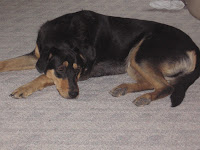 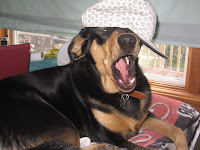 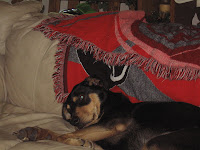 4) In this chapter Flidais asked Atticus what his name is and then precedes to ask if anyone actually believes he is Greek? He says nobody pays attention to names here. Do you know what your name means and where it comes from? Or do you have a name you wish had? Let's talk names!


My maiden name is Scottish and my mothers maiden name is Irish and my married name is German! I don't know that any of those names mean anything but I do know that my dads family has a Tartan and my older brother who's 10 years older than I am has a lot of information on my dads lineage. My maiden name is Wallace like in Braveheart-Mel Gibson plays William Wallace who attempted to over throw the English in the 13th century. Who knows, we could be related somewhere down the line? That would be kinda cool, eh?

5) We learn about Atticus' lawyers in this chapter, a rather unique combo! Without jumping ahead, would you hire a lawyer combination of two supernaturals who on the surface would appear to be natural enemies or at the very least two very Alpha attitudes? What would be the positives and negatives of that decision.


Personally, I think they'd try to outdo the other therefore working harder for me. Two Alpha's that want to show the other one up---works for me!
On the negative side, they could be to busy fighting and bickering to do a good job.
I'd hope for the first option!

Email ThisBlogThis!Share to TwitterShare to FacebookShare to Pinterest
Labels: Hounded, Kevin Hearne, Kiss me I'm Irish read along, read along